Oatmeal and plums for tea

10 Aug Oatmeal and plums for tea

Posted at 15:55h in workshop by Elaine Bolt Ceramics

Some test pieces from my latest firing

My latest firing included a mix of pieces heading for galleries and forthcoming shows. It also included some tests to try out different clay body mixes and surface treatments.

Some of the new test pieces explore a different look to the light celadons and dark pieces that I make. I’m hoping that some of the new avenues of colours and tones I’m looking into will eventually sit happily alongside the existing ranges. 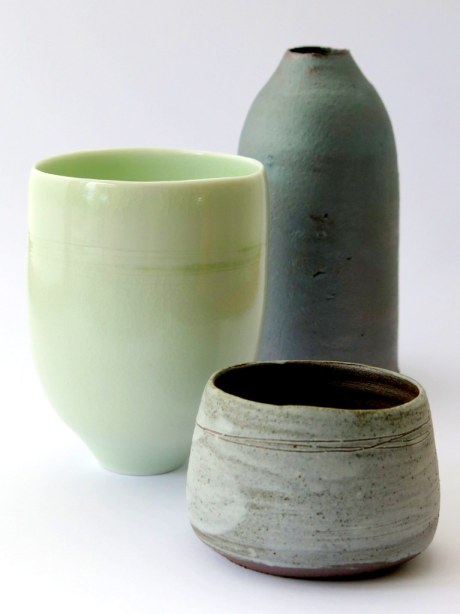 I mixed up different proportions of a speckled stoneware and terracotta and tried some different combinations of clays, slips and glazes. I was pleased to find that they all survived the firing, though some were more interesting than others! 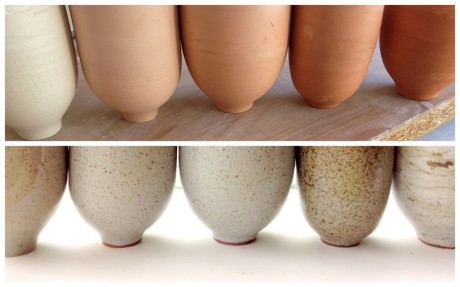 before and after shots

Of these, my favourite mix produced a dark oatmeal when glazed with a milky glaze, and a dark brown, slightly plum, coloured clay body when unglazed. 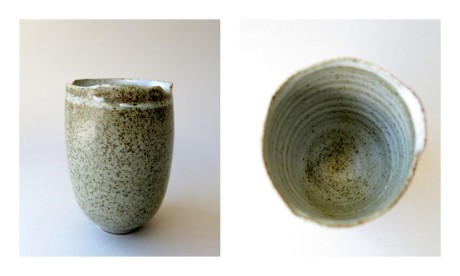 None of the samples I mixed up produced a clay body quite as dark as I would have liked. So I may do some more tests on this. Another test used iron oxide underneath the milky glaze. I tested black iron oxide and red iron oxide, I also tested terracotta slip under the glaze. All had very similar results – the brush marks showed through the glaze quite strongly. This works better on some forms than it does on others – I thought it had a bit of a ‘retro’ look to it. 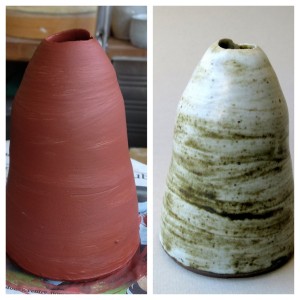 I also tested some ‘agate ware’ style pieces – roughly mixing the two different clays. I’m not sure about these, but here are the results.

I won’t take all these ideas forward; I need to select a few key new ideas and keep a range of work that looks coherent and works well together. But I like variety and I like trying out new things; so we’ll see. I’d love to know what others think!