Posted at 21:53h in Current work by Elaine Bolt Ceramics

Last week I had some of my work photographed by the expert craft photographer Yeshen Venema. The experience was both enlightening and enjoyable. I got to witness the photographer’s process from behind the scenes – seeing how he manipulated the light to provide an even coverage; preventing unwanted reflections and shadows. A lot of the images were taken with a large white paper screen on a roll that allowed a seamless background. He also used a dark distressed-wood surface as a suitably complementary background to the ceramics.

While I was there, the atmosphere was kept upbeat as we listening to the French radio station that was playing in the background. FIP Radio offers pretty funky music with minimal interruption and, being in French, even the news sounded lyrical. I’m now a firm convert. 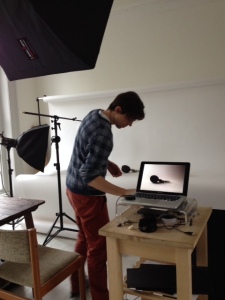 I’m delighted with the shots that have emerged. When making applications to shows, sending publicity shots to galleries etc. its the photographs that are key. They need to show the work off to its best. My own photographs are ok, but there’s nothing like having a professional touch. Yeshen has put a selection of the images on his site as a gallery, and I’ll be adding some to other pages on my site when I get a chance. But here’s a small selection for now. 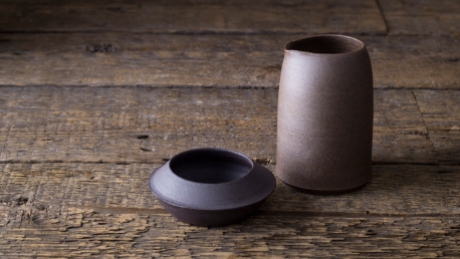